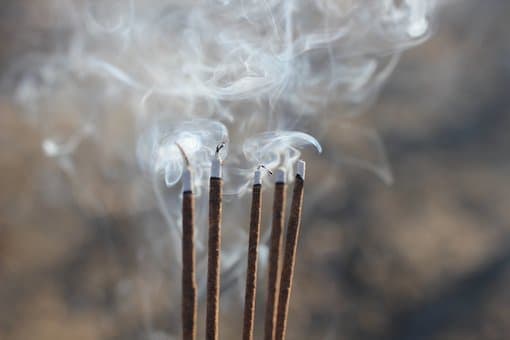 Ghost Day (中元节, Zhōng Yuán Jié) is a traditional Chinese festival that takes place on the 15th day of the 7th month according to the Chinese lunar calendar.  The seventh month is also regarded as the Ghost Month (鬼月, Guǐ yuè).  It is also sometimes called the Hungry Ghost Festival or the Yulan Festival (盂兰盆节, Yú lán pén jié).  In the west, this day falls in July or August.

Ghost day is one of several festivals in which the Chinese worship their dead ancestors, other festivals include: Chinese New Year (Spring Festival), the Double Ninth Festival and the Qingming Festival.

Chinese culture dictates that everything in the world has two sides: Yin (阴) and Yang (阳). Living persons reside on the Yang side, and the dead on the Yin side.  On Ghost Day it is said that the Yin “land of the dead” opens its doors to the Yang “land of the living.” Then, ancestors can check on the behavior of their descendants. Some people also believe that they can communicate with their dead loved ones psychically during this time.

In observation of Ghost Day, participants engage in many rituals and activities. Lanterns are set out on rivers or roadsides, which are sympbols designed to give directions to the spirits. Food is prepared and served on tables beneath a portrait of the ancestor they wish to honor. Offerings, such as wine and cigarettes, are usually displayed in a private room of the home. The smoke of joss sticks (香, xiāng) rises from the offering table in order to deliver messages to the souls of the dead.

In the evening, noticeably missing from the Chinese festival are jack-o-lanterns, trick or treating, and costume parties. Instead, many observers burn “ghost money” 冥币 (míng bì), to ensure that their dead loved ones will have all they need in the afterlife. Some people also enjoy cleaning their ancestors’ graves at this time of year.  Shops are sometimes closed to make room for the ghosts in the streets.

In Taiwan, observants avoid many things throughout the entire month including:  buying cars, moving to a new home, marrying, surgery, swimming and taking pictures after dark.

Ghost Day is taken very seriously by some. No doubt because many believe the ghosts will remain in the land of the living if they have not enjoyed food offerings prepared by their descendants. It is believed that until the gate to “hell” reopens, the dead are trapped and will haunt their family members. No wonder this causes many believers to be very nervous.

When my Chinese friend, Evan, first encountered Halloween, he found it terrifying. Now that I have a grasp on Ghost Day and the beliefs surrounding it, I understand his fear. For many, however, Ghost Day is just a day to mourn and show respect to dead relatives.

As for me, I will be skipping both observations, the western and the eastern…I have a much different belief system…and I spook easily.