Pinyin Pronunciation: Learn All the Sounds of Mandarin 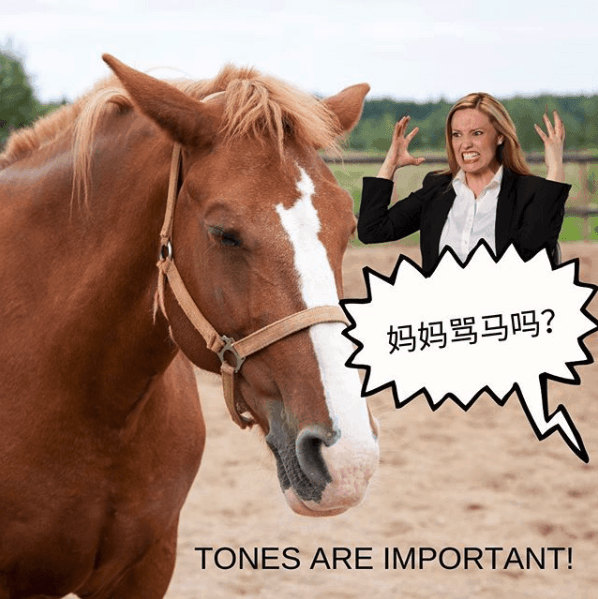 To a beginner, pinyin charts can be a bit overwhelming when you realize familiar words like “he” and “fan” are pronounced differently than they are in English. Yes, pinyin sounds are uniquely Mandarin.

It can also be confusing when a particular vowel sounds different depending on which final it is a part of. Yes, finals should be learned individually. In case you are wondering, a “final” is the second half of a Chinese syllable.

There is a bright side though.  Pinyin contains just over 400 unique sounds. Master the pronunciation of these sounds (along with the four tones), and you will instantly be able to pronounce every word that exists in the Chinese language!

English tones are used to convey emotion; such is not the case in Chinese. Instead, tones are used to signify different words. Take this statement as an example: 妈妈骂马吗？(Māmā mà mǎ ma?) Translated it means, “Is Mother scolding the horse?” As you can see, depending on the tone in which “ma” is said it changes the meaning of the word. Yes, tones are vital in Mandarin.

With that said, I would like to introduce a new video series: “Pinyin Pronunciation: Learn All the Sounds of Mandarin.” New “episodes” will be released on YouTube every Sunday morning. Check out the first installment below, consisting of all pinyin sounds ending in the final “a.”

After a native pronounces the pinyin sound, there is a brief pause to allow you to say the sound aloud.  By the end of the series, you will have mastered all the sounds of Mandarin.

Don’t forget to subscribe to my YouTube channel so that you will be among the first to see new installments in the series.