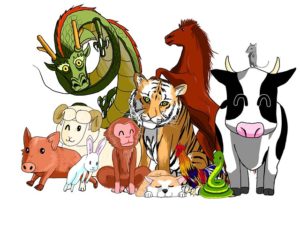 Note from Mandarin Maniac Ashley:  I personally do not take stock in any zodiac system, but enjoyed learning what the Chinese Zodiac reveals about the culture from which it came.

The Chinese zodiac is a classification scheme based on the lunar calendar that assigns an animal and its reputed attributes to each year in a repeating 12-year cycle. The 12-year cycle is an approximation to the 11.85-year orbital period of Jupiter. Originating from China, the zodiac and its variations remain popular in many Asian countries, such as Japan, South Korea, Vietnam, Cambodia, and Thailand.

Identifying this scheme using the generic term “zodiac” reflects several superficial similarities to the Western zodiac: both have time cycles divided into 12 parts, each labels at least the majority of those parts with names of animals, and each is widely associated with a culture of ascribing a person’s personality or events in his or her life to the supposed influence of the person’s particular relationship to the cycle.

Nevertheless, there are major differences between the two: the animals of the Chinese zodiac are not associated with constellations spanned by the ecliptic plane. The Chinese 12-part cycle corresponds to years, rather than months. The Chinese zodiac is represented by 12 animals, whereas some of the signs in the Western zodiac are not animals, despite the implication of the etymology of the English word zodiac, which derives from zōdiacus, the Latinized form of the Ancient Greek zōidiakòs kýklos (ζῳδιακός κύκλος), meaning “cycle or circle of little animals.”

Help improve this page:  Tell me about great free learning videos or non-copyrighted materials you have found and they may be added in a future update.

Ted-Ed  – Origin Story & All you really need to know. 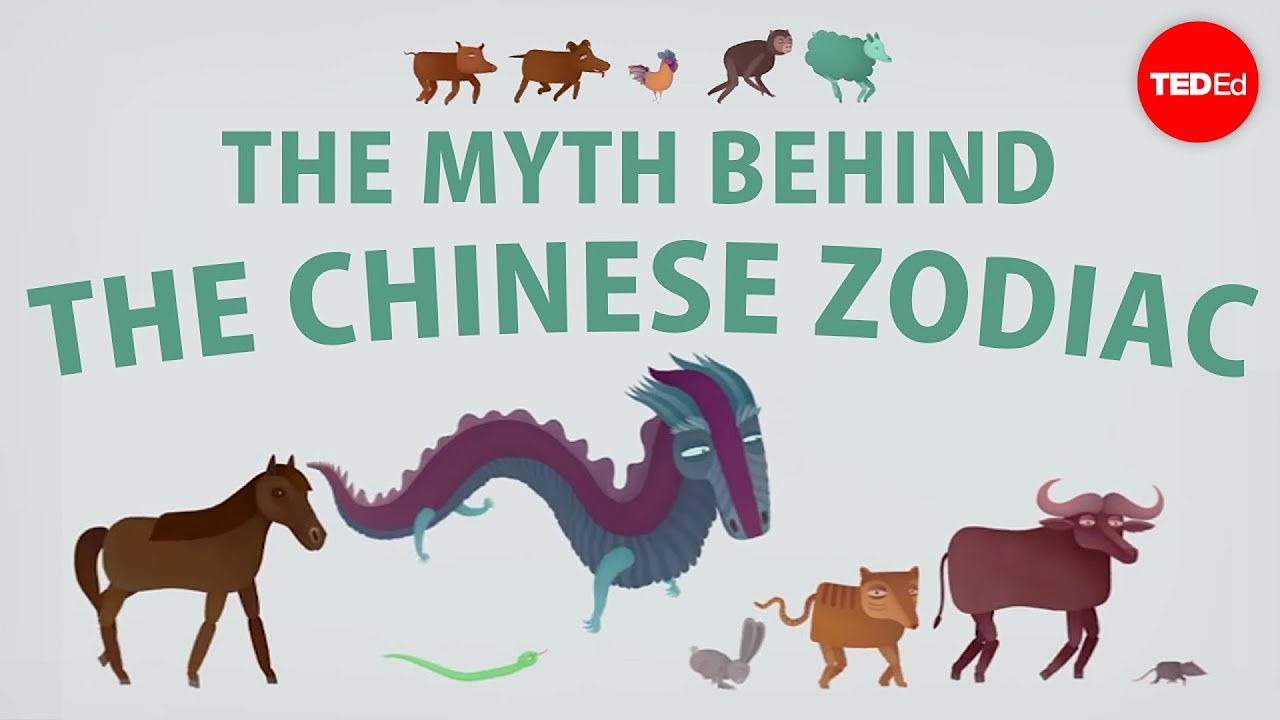 Everyday Chinese – How to say the animals & what they stand for.